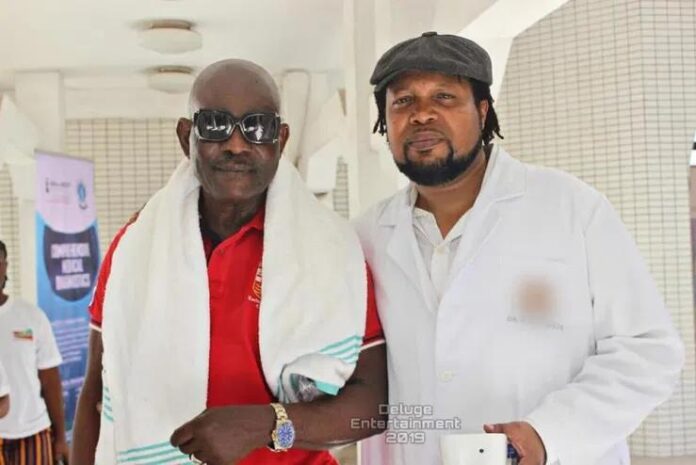 Ghanaian reggae/afro-pop musician who also doubles as a Medical Doctor, Nii Lante Okunka Blankson popularly known as Knii Lante in the showbiz industry has advised young and upcoming musicians that its possible for them to add other professions to what they do.

According to him, one can become a medical doctor like him whiles they are still pursuing their music career.

Speaking to Doctar Cann on Happy FM’s Showbiz Xtra, the medical doctor said, “It’s possible to be a musician and the same time a Doctor or other profession. I have had no reservations about being labeled a reggae act but my horizon stretches further than that. I do different kinds of stuff as well and I’m proud of that.”

Knii Lante revealed that he started music with afro-pop before he later delved into reggae by releasing a reggae album which even had some afrobeats songs on it.

“I started with afro-pop first when I did ‘Boo no’ and ‘when you love someone’ which featured Trigmatic, they were not really reggae. Then, I came with a reggae album,” he said

Knii Lante is currently out promoting his latest single titled Gong Gong Which features Coded of 4×4.